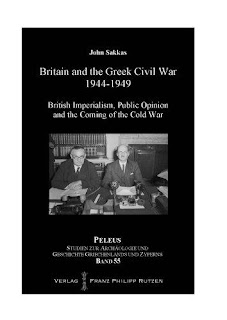 This book is not about Greek politics, national or local, or about British policy in Greece. Rather, it deals with the profound impact the Greek question had upon the British public and the Labour movement, in particular, from Churchill’s military intervention in December 1944 to the end of the civil war in 1949. The chief aim of this study is to analyze the response of the British people to official policy in Greece, to relate it to contemporary attitudes and concerns, and to assess the various ways in which the coming of the cold war affected critics of British foreign policy both in the Labour Party and the trade union movement.