Spiros Tsoutsoumpis, A history of the Greek resistance in the Second World War. The people’s armies

Spiros Tsoutsoumpis, A history of the Greek resistance in the Second World War. The people’s armies, Manchester University Press, Manchester 2016 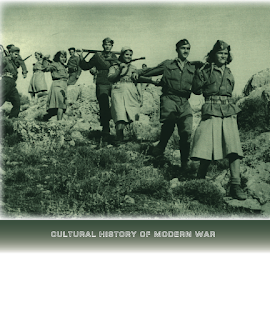 The people's armies discusses one of the most troubled and fascinating aspects of modern Greek and European history: the anti-axis resistance. It is a pioneering history of the men and women who waged the struggle against the axis as members of the armed partisans of ELAS and EDES. Using a wide range of previously unused sources, the book reconstructs daily life in the guerrilla armies and explores the complex reasons that led the partisans to enlist and fight. It also discusses the relations between the guerrillas and the civilian population, and examines how the guerrillas' experience of combat, hardship and loss shaped their understanding of their task and social attitudes. The book makes fascinating reading both for academics and for lay readers who are interested in modern Greek history, military history and the history of the Second World War.

Spyros Tsoutsoumpis is an Independent Scholar